our adventure through parenthood

Welcome to part 2 of 3 of our basement renovation! Like I mentioned in the first post, we did not plan this renovation. Mother Nature and the flood that hit our city forced our hand on this. And as much of a nightmare the flood was, it has been the best thing that could’ve happened! Let me explain…

Once we ripped all the old, yucky stuff out of the basement, Cody started to show us just how good our basement could be. We could move walls, add a bar, make the bathroom bigger or smaller… We had a LOT of possibilities, and a lot of decisions to make. One decision we decided to stick with was moving the wall between the laundry room and living space. Our laundry room was unnecessarily big, so we moved the wall about 3 feet to make the living space bigger. We also decided on the bar – who wouldn’t? We’re adding a mini fridge, and plan on having a popcorn maker – THAT’S RIGHT. A POPCORN MAKER!!! I am so freaking excited about that part.

Since we moved that wall, we were able to switch up where our TV and couch would be. Originally, we had it on the back wall, but now we’ve flipped it so the TV will be on the same wall as the laundry room, making the seating area SO much bigger. Cody had a great idea to create a recess in the wall for the TV to sit in – so it is almost flush with the wall. We are adding some shelves below the TV, as well as in the wall on the left to hold all of our electronics and keep them FAR away from the ground.

We updated the lights to be much brighter, and on dimmers. The old lights were really yellow, and not bright enough. They were also set up weird – we had pot lights and 2 sconces, on different switches. It just wasn’t working for us. So now we have one over where the bar will be, 2 in the hallway, 2 where the TV is, and 5 in the other section (side note, as I’m writing this, we have no idea what to do with that other section of our basement…) Lighting plays a huge role in how the space looks and feels, and we’re really happy we did it!

For the paint, we chose a light grey for the living space (HGTV/Sherwin William’s Stone Isle) to keep it really neutral. The old paint colour was a light brown-taupe, and we are much bigger fans of greys. We plan on having some butcher-block countertops, and our floor is really dark, so we wanted to ensure the colours wouldn’t clash. For the bathroom, since it’s a basement bathroom and has no windows, we REALLY wanted to ensure it was light and bright. The old bathroom was a dark brown – not our cup of tea! So we chose a blue for behind the vanity/mirror (Valspar’s Blue Arrow) and a creamy white for the rest of the walls (HGTV/Sherwin Williams’ Marshmallow). The bathroom looks so bright and airy, and the basement now looks so fresh – paint can really transform a space!

Flooring was probably one of the hardest decisions to make for us. Before the flood, we had laminate tiles down there – again, we moved in and the basement was finished, so we were fine with it. Now that we got to pick our flooring – oh baby that was a hard decision. Cody steered us to laminate flooring, but who knew laminate could look like real hardwood!? Not us!! After what seemed like a bazillion swatches, we landed on Pergo Gano Oak from Lowe’s – it’s this really dark, rich black flooring with marbling of brown throughout it. Once the floor was in, it really started to take shape.

As much fun as the aesthetic planning is, we also wanted to future proof our basement if another flood ever happened. So we replaced our existing sump pump with a new one, and added in a back flow valve. For anyone who doesn’t know what that is – it’s basically a valve that stays open as water exits the house, but as soon as water tries to enter the house, the valve shuts. We are hoping that seals the deal!!

Now that the majority of the actual renovations are done (OMG I can’t believe I am saying that!!), we can get onto the decorating – we’ve bought our couch, and are really ready to start making this a livable space again.

Stay tuned for the third and final installment of our basement renovation! 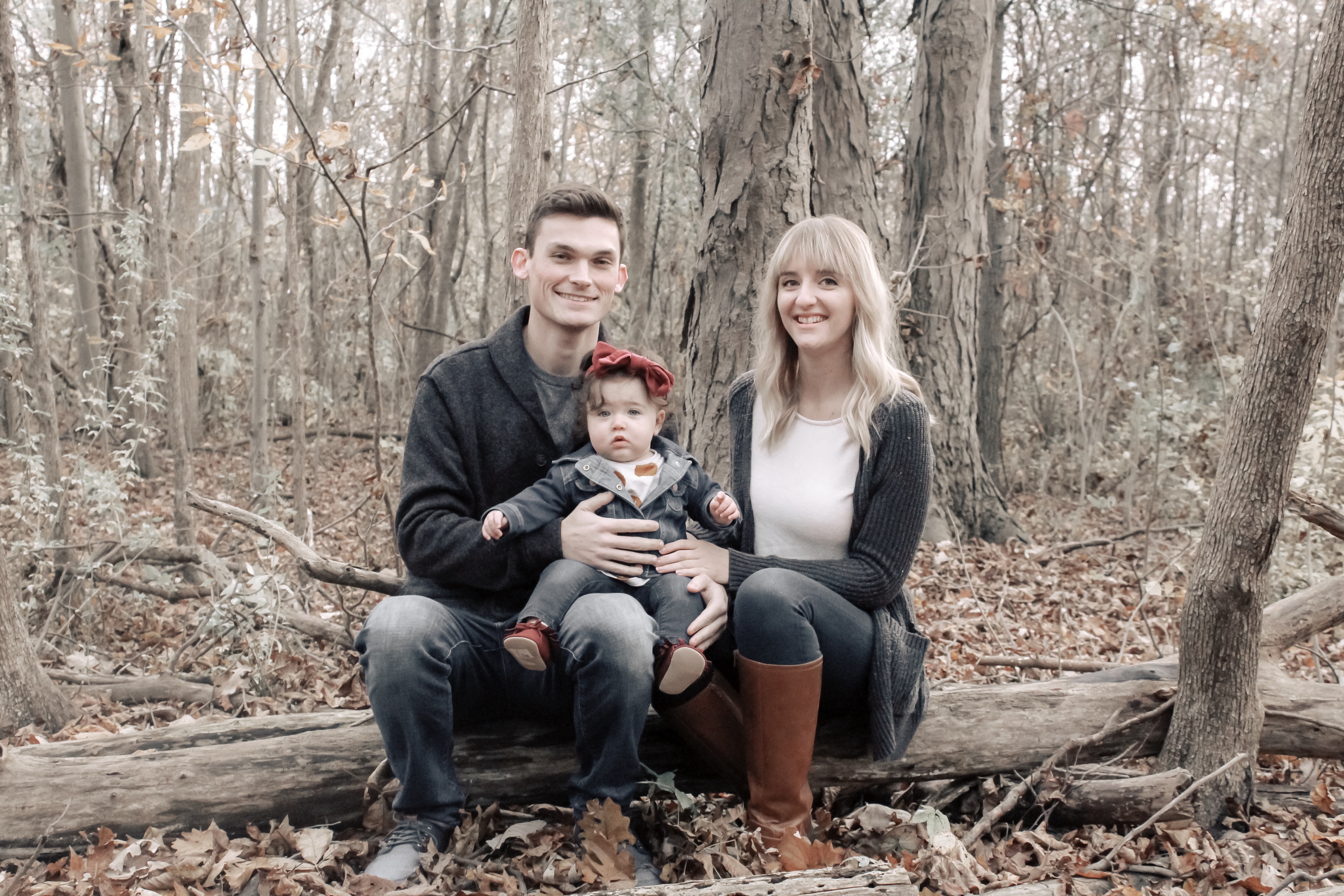 Hi everyone! I’m Rachel and welcome to our blog! My partner Pete and I are new parents, and this blog will be chronicling our adventures as new parents with our little girl, Penelope.
Let the adventure begin!